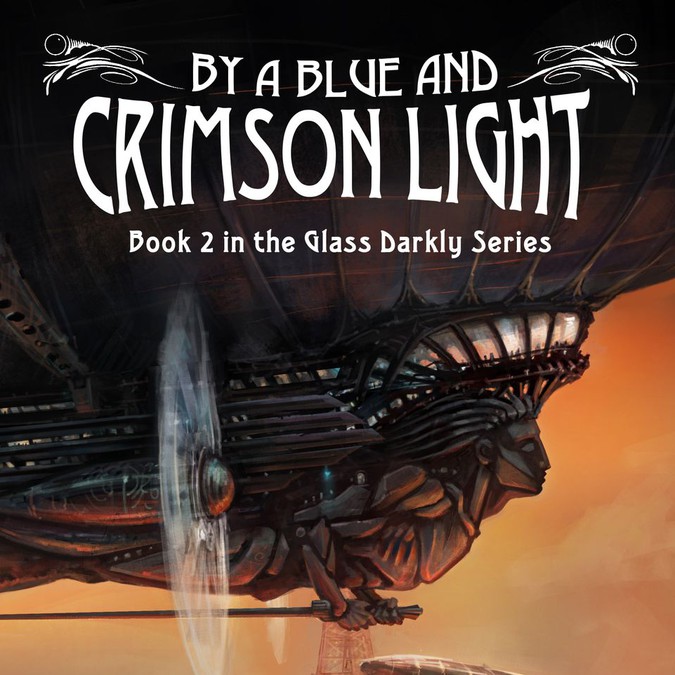 peter.knyte U needed a new book or magazine cover design and created a contest on 99designs.

A winner was selected from 30 designs submitted by 7 freelance designers. 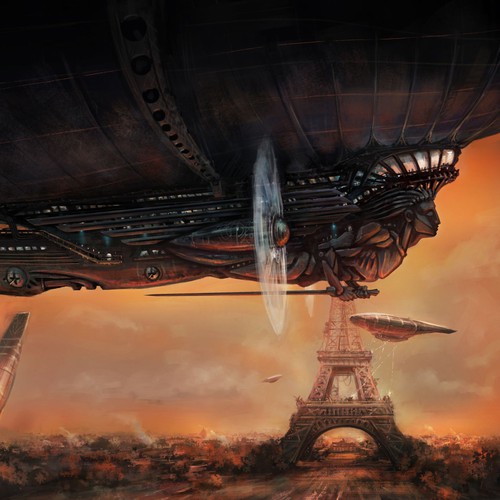 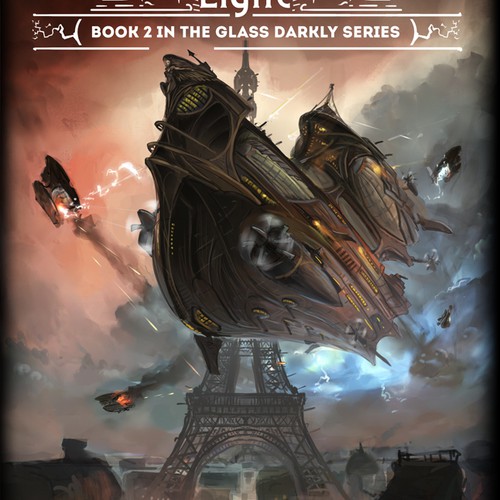 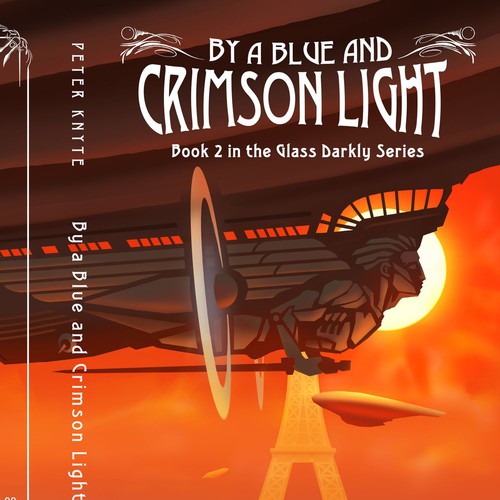 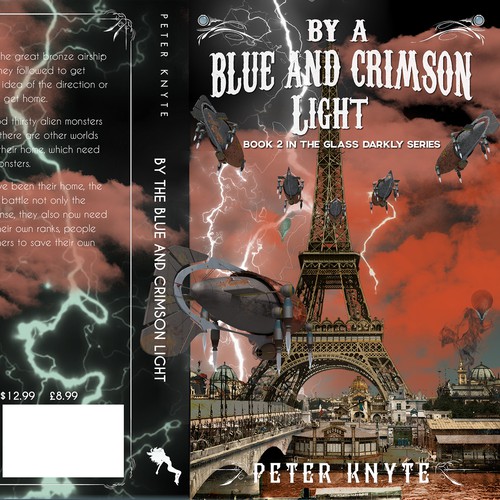 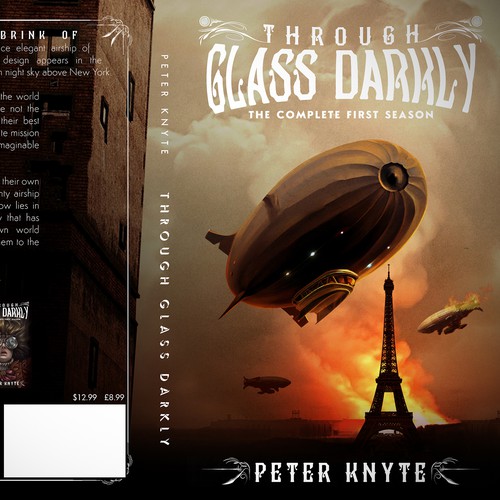 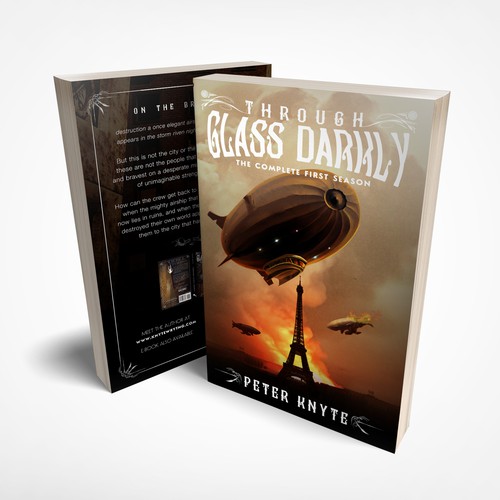 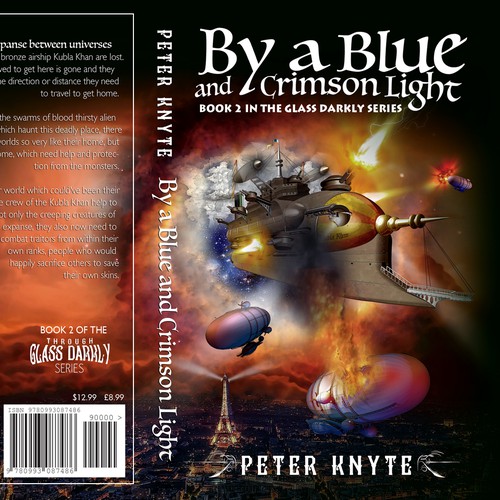 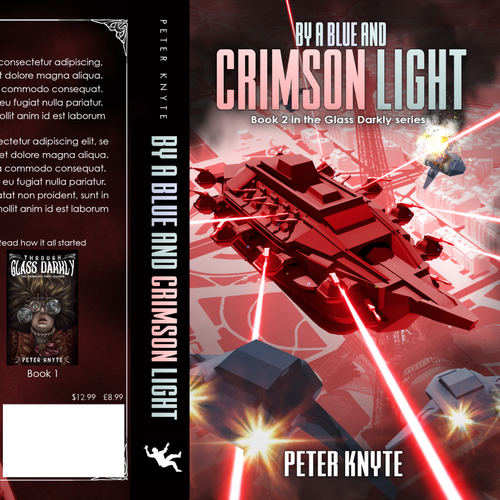 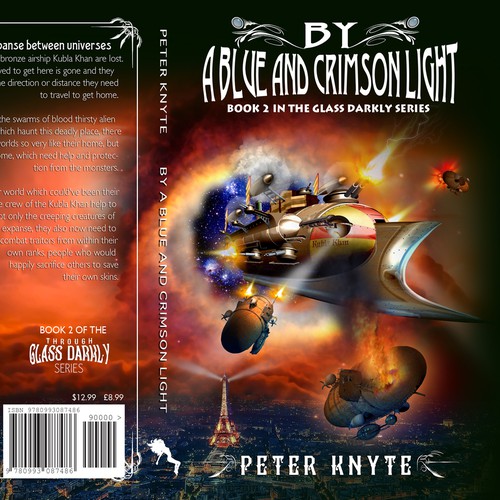 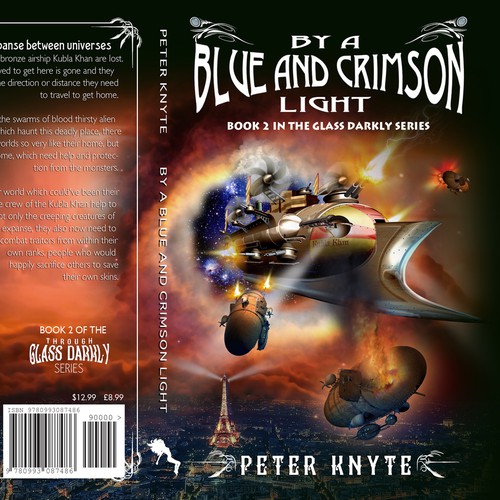 Winner - Svar
Svar was great to work with. He listened to my feedback and incorporated the changes we wanted to see. He was easy to communicate with and very responsive in incorporating suggestions.
- Anonymous

Finalist - digitalian
thanks so much
- Anonymous

Finalist - Sergey Gudz
Sergey always goes above and beyond for a project! High quality work!
- msvaldez

How peter.knyte U started their book cover journey

By a Blue and Crimson Light

Peter Knyte was born and grew up in North Staffordshire, England, but now lives in West Yorkshire, where by day he passes himself off as a mild-mannered office worker, while by night he explores whole worlds of imagination as an intrepid writer.

When not tapping away at his computer he spends his time slowly transforming his garden into a Japanese style tea garden, rock climbing, snowboarding and cooking.

By a Blue and Crimson Light is his fourth novel.

I'm looking for cover design that features airships battling one another in the skies over Paris, with the Eiffel tower in the background.
I'm primarily interested in illustrations rather than stock image photographs compositions, preferably in a dark style similar to the first book in the series. But all well designed covers will be seriously considered.
Here's some background info:
The story is in the sci-fi/steampunk genre, and takes place in a parallel universe, and a world like our own, but not identical.
It also takes place in the 1930s, but on a world which has been under attack by strange creatures from another dimension for nearly thirty years.
Humanity still survives in large numbers with organised governments, but the world is locked in an ongoing war with the creatures, fortifying and arming their homes and cities, with a large proportion of resources dedicated to battling enemy.
The war against the creatures, and the use of primitive atomic devices, has visibly damaged the atmosphere turning the sunlight has distinct reddish colour, even in the middle of the day.
This is the second book in a series, so its important that the titles and other text as well as the layout matches the first book in series as closely as possible.

Setting:
The bulk of the story is set in Paris, but a fortified version of Paris where the Louvre has been boarded up and Eiffel Tower has been armoured and fitted with gun emplacements.
A strange armoured airship appears over the city from the same dimension as the alien creatures. But the ship is filled with people who are also fighting the creatures..
The story also moves to a castle in northern Germany/ Bavaria.

Scenes:
The giant military airship has appeared over the city from another world.
- This craft if huge, the size of the Titanic, containing approx. 3,000 people.
- It has elaborate weapon struts sticking out from its sides with rotating gun chairs at the end, on which powerful guns and other weapons are mounted.
o One of these other weapons fires a form of lightning discharge.
o The weapon struts are made of iron girders with walkways down the centre to allow the gunners to get to and from their weapons
- There is also a prow spike at the front, which acts as a viewing platform, and propeller driven engines for manoeuvring and propulsion.
- The ship is armour plated.
- The ship uses a new gas, far lighter than helium or hydrogen for its lift, meaning it can carry all this armour and weapons easily, without the gas canopy needing to be as big as conventional airships.

There is a fight between this giant airship a several slightly smaller airships, that have been built by traitors using technology stolen from the larger ship.
- The smaller ships are all destroyed or defeated.

Style:
I’d like the style to reflect the time period of the 1930s, but with a menacing, film noir, Fritz Lang/Metropolis feel.
The airships should also have recognisable art deco styling.
The title of the story is ‘By a Blue and Crimson Light’ and both red and blue light feature heavily in the story.

General requirements:
A full paperback cover (front, back and spine) design, with the book title, author name, back cover blurb and all other lettering included.
All text must match the styling of the first book in the series (Quaint Gothic font for titles and author name etc - the cover of the first book in the series is attached.)
The final compiled copy of the cover should be produced with all printers marks included, and with a blank space for the barcode.
Separate copies of the artwork without any of the lettering, plus a copy of all the lettering without the artwork should also be produced.
A pre-compiled (layered copy of the design in either Photoshop or GIMP format) would also be appreciated if possible.
All artwork to be produced at a minimum of 300dpi

What will be provided:
A printers template of the required book cover layout, accurately sized and with markings for the front cover, spine, back cover, and barcode area, with print margins highlighted - this is attached below.
A copy of a previous book in the series - this is attached below.
A link to a Pinterest board containing other general stock images can also be found here: http://pin.it/y0dfoIW
Any and all questions answered.

Bookcover Salesbook as a Novel
CHF 1,199
My book is mainly made for Sales and Salesmanager to develop their own capability in building the best possible relation
108
entries
25
designers
First-time author needs a killer cover!
1.199 $
Males or females in their late 20s-early 30s. Either single or married with a few children, mostly living in the Texas P
257
entries
41
Designer
Book Cover Design - Life Lessons College Failed to Teach You
US$399
Book cover needs to be gender neutral. Wanting the book to look less text booky and more so that it’s a fun easy ready w
133
entries
33
designers
Design my rockabilly tattoo-art style book cover
AUD 539
-Artists, creatives, free-thinkers, lgtbqi's, empaths who want to get their fitness and wellbeing needs covered. -Peop
35
entries
8
diseñadores
Design an amazing ebook cover for my 30- day guide to anxiety free life
$199
Women between 30-55 yo with high stress and anxiety issues, that are desperate to find solutions to manage their stress
76
entries
15
designers
Create a compelling cover design for Success Visionaries.
299 US$
Anyone, male or female, not age specific, who have visions and aspirations to be accomplished and successful at somethin
75
entries
23
designers

Get started now
Create a eye catching book cover to help first generation college students succeed!
US$ 399
18-35. First Generation college students. Driven. Seeking aide.
121
entries
25
diseñadores
Design Super-Cute Cover for Book on Dog Health and Happiness
199 US$
This book is designed for dog owners and lovers in the US and elsewhere! The audience will probably be more female than
121
entries
25
diseñadores
Building dollars, brick by brick. Show your best artistic trick! Let’s see how-to cover artwork.
399 US$
Fledgling investors or those interested in alternative retirement investing in contrast to the stock market or those see
117
entries
39
designers
Create a award winning book cover
US$ 399
Men between the age of 25 to 40
120
entries
32
designers
Help launch my writing career - Design my first ebook cover
US$199
Middle class, 40-55 year old females.
77
entries
18
designers
Family Stories of Bill and Jane Harris
$299
Only my family
24
entries
9
designers
Learn more about book or magazine cover design
See how it works