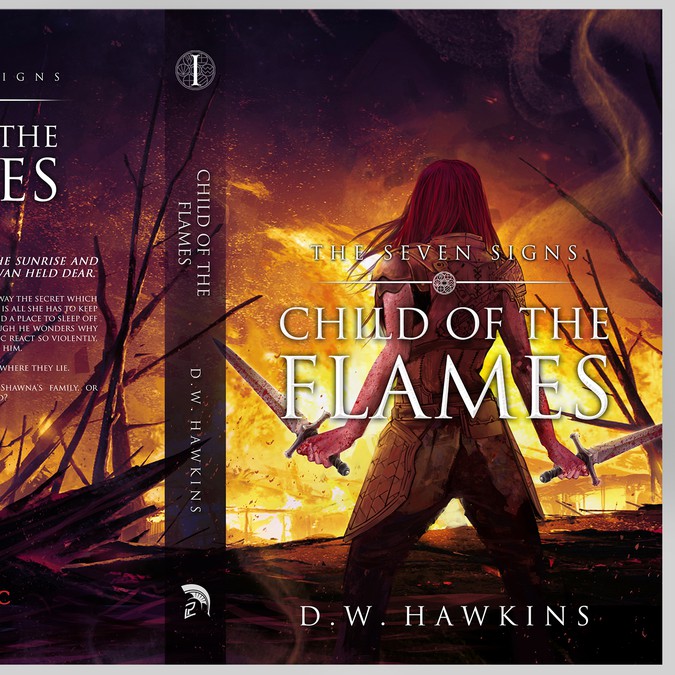 authordwhawkins needed a new book or magazine cover design and created a contest on 99designs.

A winner was selected from 87 designs submitted by 20 freelance designers. 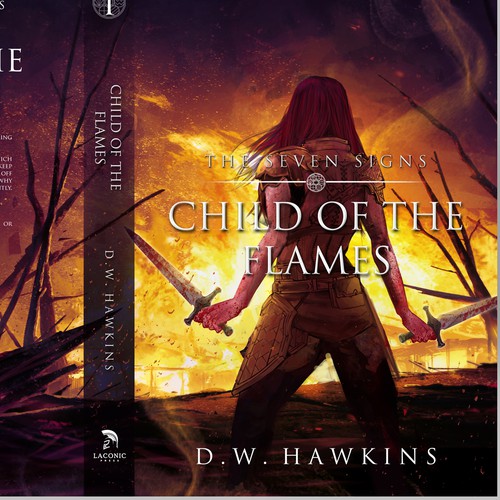 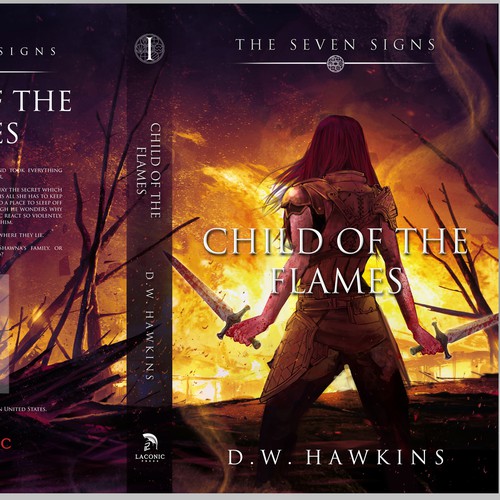 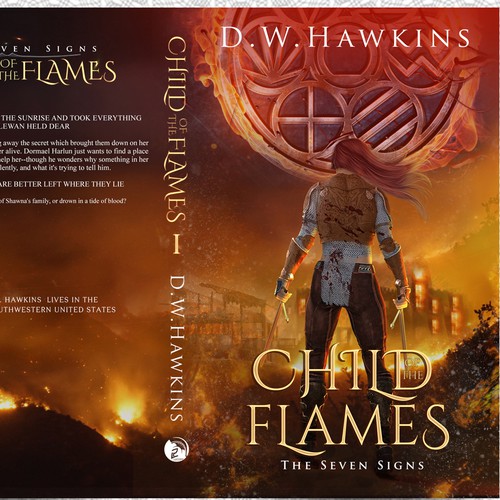 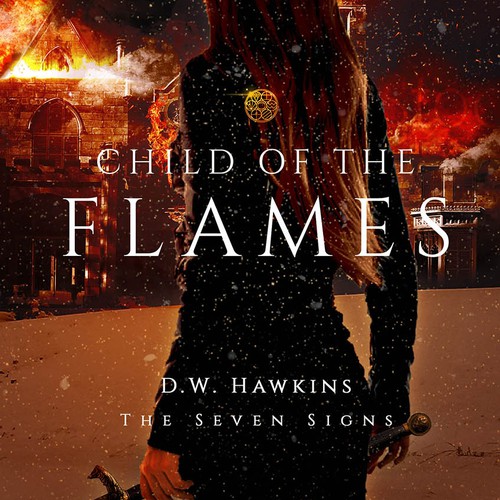 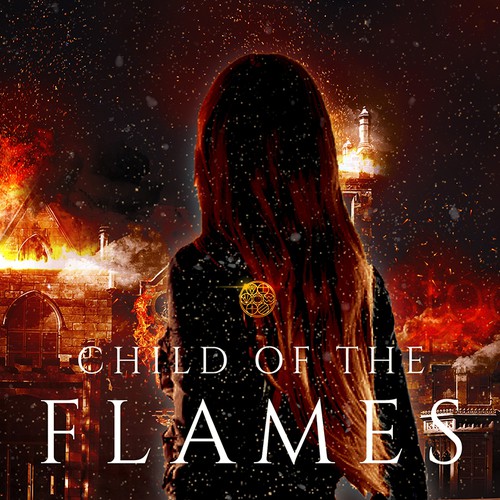 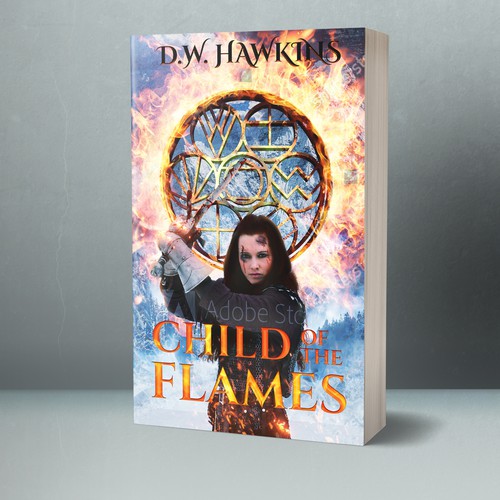 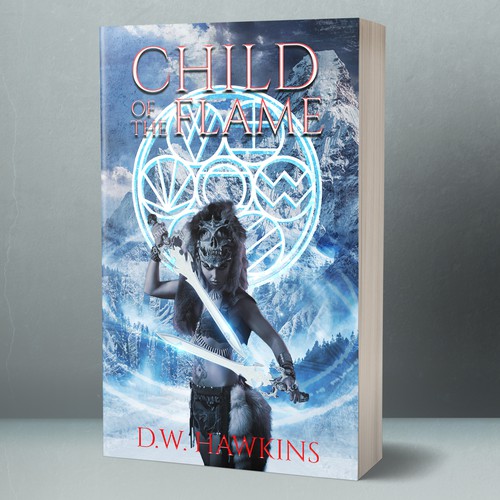 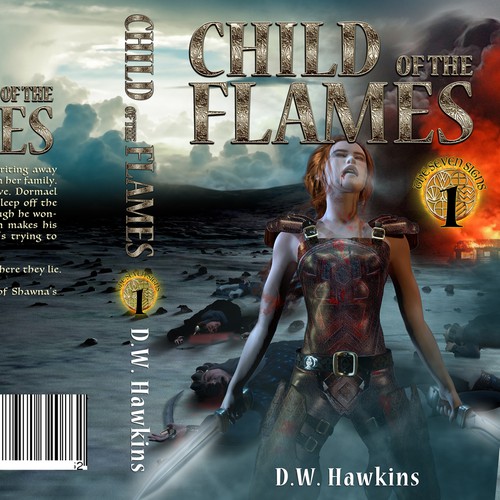 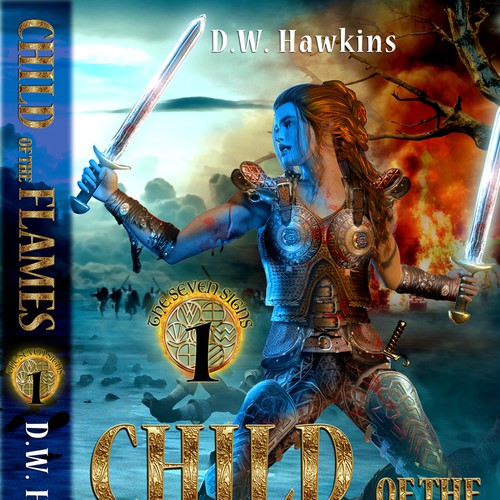 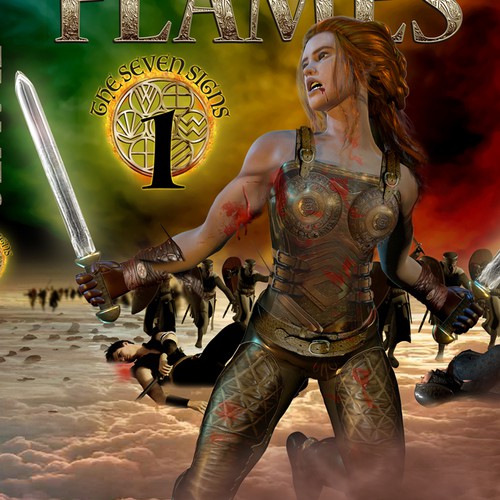 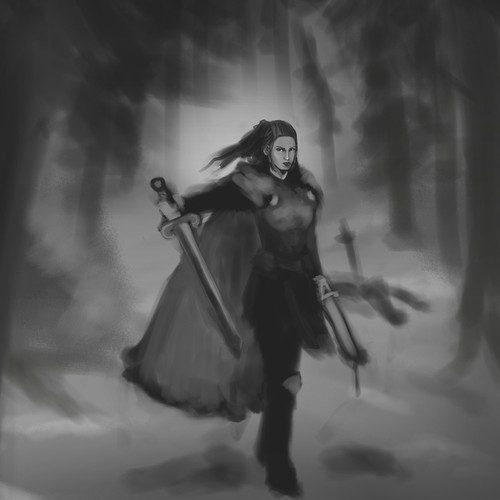 Finalist - descartez
Well done! Thanks a lot! Looking forward to work with you again :)
- emelyg

Finalist - avengerblack
Avengerblack did a great job. His work is awesome and he delivered exactly the technical formats required for Amazon Kindle. I did not expect my imaginations to be transformed to paper in this great way. I was very satisfied to work with him.
- Anonymous

Child of the Flames

Child of the Flames is the first in a long series of Sword and Sorcery books. It follows the story of Shawna Lewan--a noblewoman whose family is slaughtered for an ancient artifact. She escapes, falls in with two wizards, and the plot unfolds from there. It's a tale of revenge; it's very dark in places, and packed with gore and action, but it's also funny. It's a character-driven story of revenge that plays out in a dark fantasy world characterized by a grim setting and lots of wild magic.

Men and woman aged 18-45 who love things like George RR Martin, Dungeons and Dragons, Brandon Sanderson or Joe Abercrombie. Fans of shows like Game of Thrones and Vikings. It's a character-driven story that takes place in a bloody world full of magic.

For this series, I'd like to have a series of covers that portrays one of the characters from the book. It's a well established convention in Sword and Sorcery, and most of the top 100 books all have that in common.

For the foreground: A red-headed woman, either facing the reader or with her back turned, holding a pair of short swords. She should be wearing leather armor, leather pants, etc. The swords and her armor should be spattered with blood. Maybe make her arms bare, and have those spattered with blood. Whatever works. The armor should suggest femininity, but not be overtly sexual with a lot of skin showing, or that kind of thing. She's a warrior, and should look the part. She should be good-looking definitely, but not have the appearance of a beauty queen dressed in costume armor like a lot of fantasy illustrations have. The swords themselves are described in the book as having silvery blades, with simple curving cross-guards, and onyxes worked into the pommels. They are magical in the book, so some suggestion of power is warranted, maybe a subtle glow, but nothing overt and definitely NO ORNATE BLADES. They should be around the size of a roman gladius. She's a killer, and should look like a killer, not a beauty queen. Overall she should paint something of a grim picture. Her story is one of revenge and loss. If her face is shown, it should have a compelling look of pain, loss, anger, etc--something like that--on it. I'm undecided if her hair should be loose and blowing in the wind (it's long) or maybe put up in a fighting braid of some sort.

For the background, I'm open to suggestions, but I have a few ideas. In the story her family's manor is assaulted and burnt to the ground, so a burning manor house (Renaissance era or similar) in the background might work. Bloody snow may also work because it takes place in winter. There should definitely be a fire or the suggestion of fire, because that's a theme that plays through the book. You might put some armed men or the suggestion of armed men in the background to represent the people chasing her, but I think a basic landscape that looks compelling would probably work better. Maybe a burning backdrop of some sort, like a building or a wildfire.

Overall, I'd like some element of movement to the picture as well. Either something added that suggests it, like embers or smoke or something, or have her in a dynamic position. The book is exciting, and the cover should look exciting.

The typesetting should be in a readable font, but one that says that this is a Sword and Sorcery novel. I've noticed a few covers lately that eschew the traditional lettering conventions. Notably the series by the author Kel Kade called "King's Dark Tidings". Those books have the titles in the middle, and I think it looks interesting. I have no preference on how the lettering is arranged, per se, but I would like to see something that pushes the envelope a bit in that regard. The lettering should have the author name, book title, and series title somewhere on the front. There's a symbol that represents the series and I'd like to see that worked into the letting somehow as an homage to the original covers. The symbol is an important thing to the series itself, too. I picture a line separator, like a decorative type of thing, with the symbol in the middle of it, maybe. It doesn't have to be large at all, just there and readable.

For the publisher's logo, I will be providing different versions and you can use whichever looks right. You can make it a little transparent, change the color, whatever it takes to fit the mood of the cover itself. Just as long as its visible, it doesn't matter.

Overall, the cover should be vivid and striking, like a punch to the mouth.

I'm including several logos for the publishing company, the old book covers, a shot of the symbol on the center of the book cover, and a few of the files I have with the symbol on its own. Im sending two versions in case one is easier than the other to work with.

No ornate swords with jewels on the hilt or anything like that. No skimpy armor or super sexy poses. The girl should look pretty, but grim. More compelling than attractive, really.