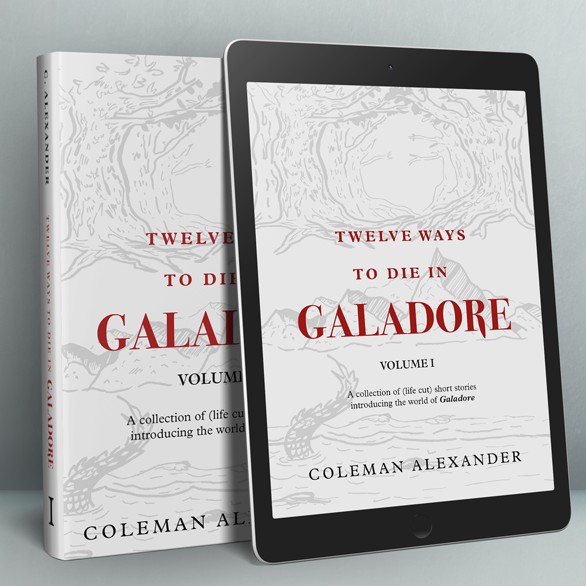 Twelve Ways to Die in Galadore - Volume One of Four. Expect more work if you win this contest.

colemandow needed a new book or magazine cover design and created a contest on 99designs.

A winner was selected from 50 designs submitted by 19 freelance designers. 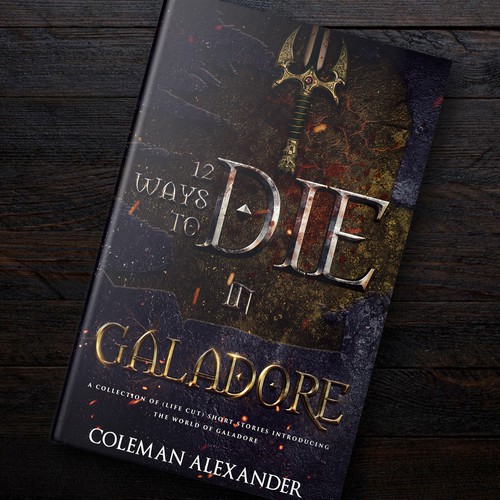 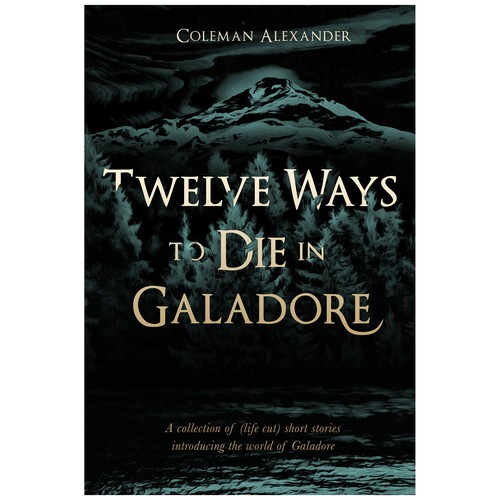 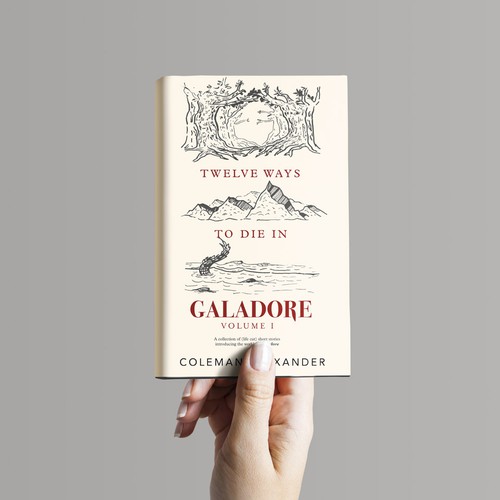 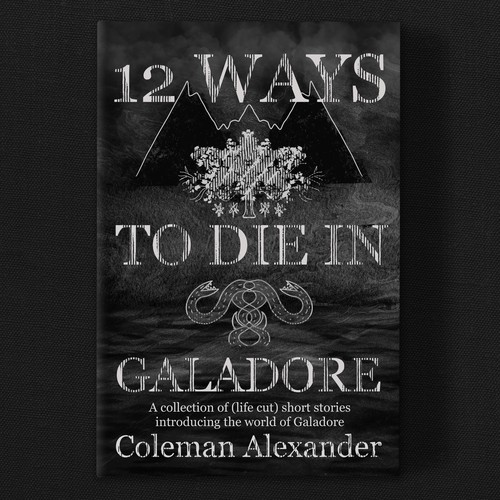 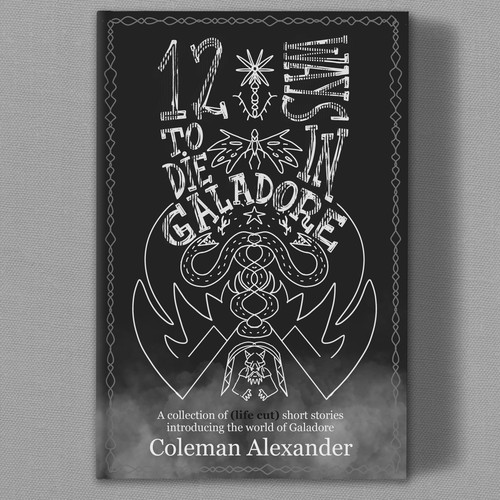 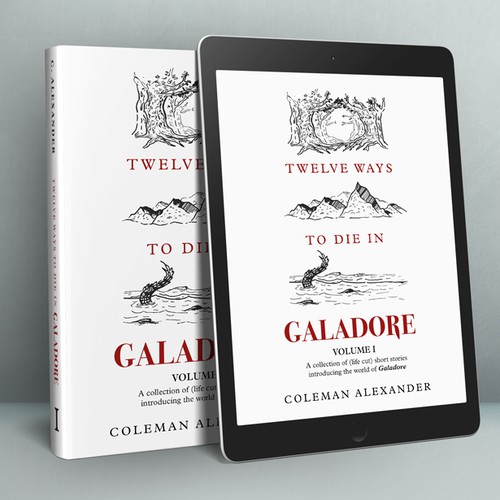 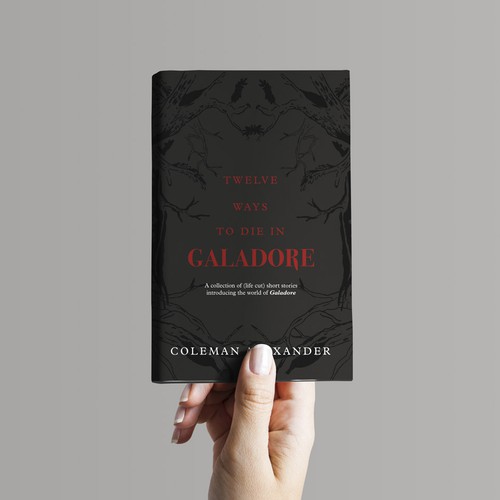 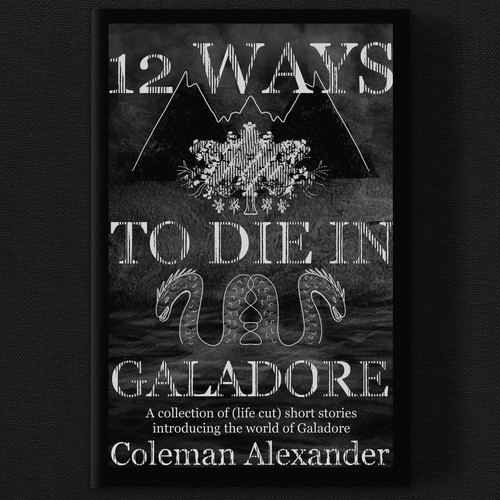 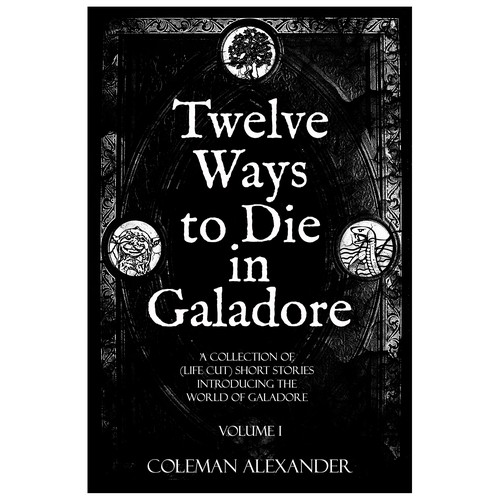 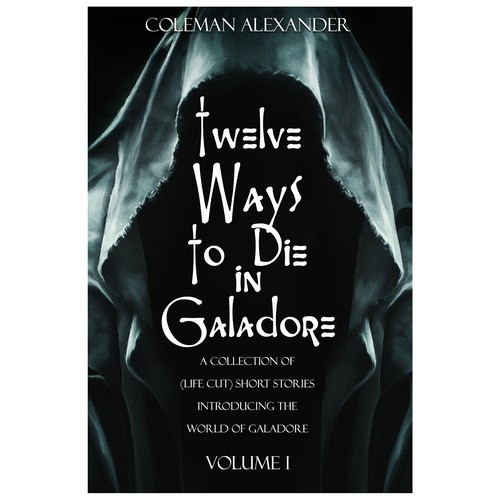 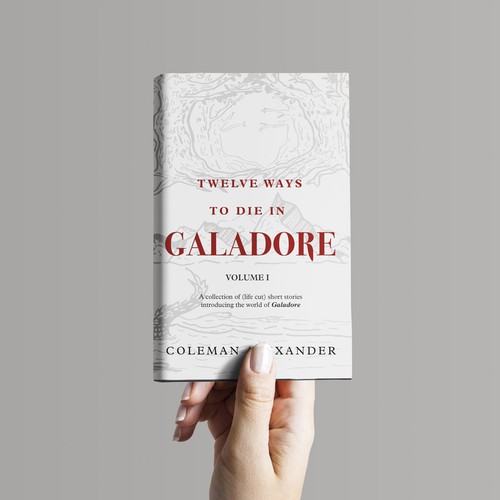 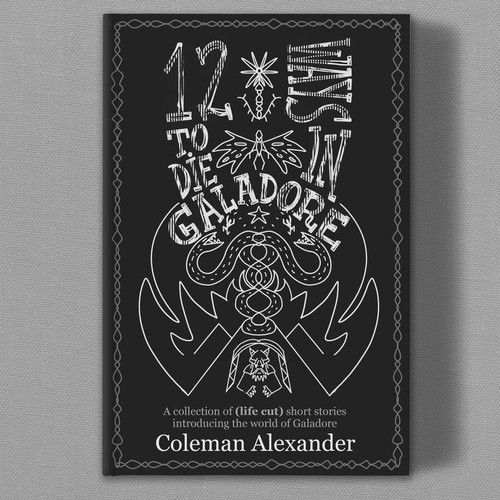 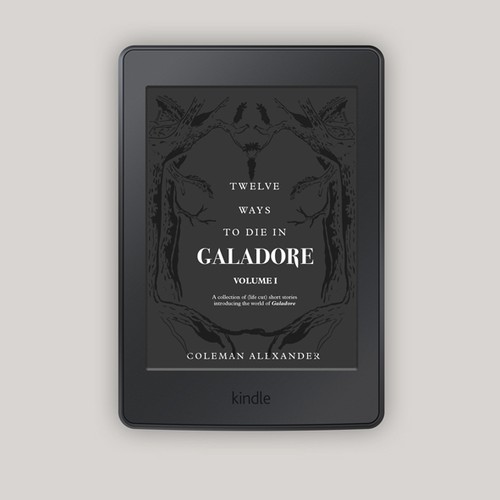 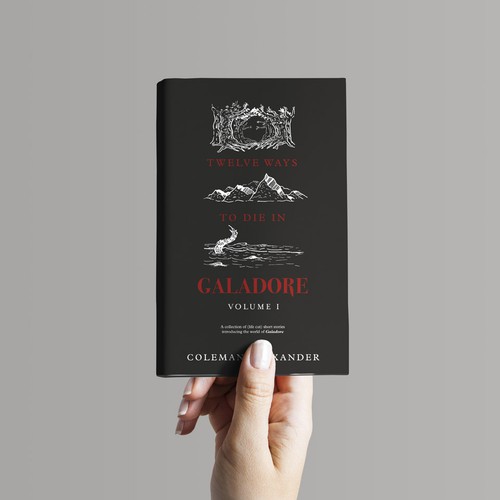 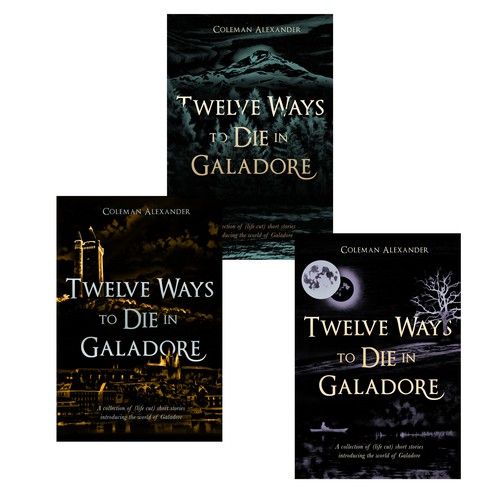 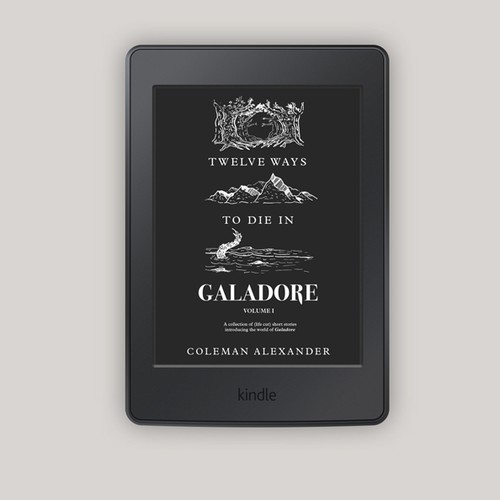 Finalist - Arjuna Jay
Once again, Arjuna Jay did great work and was quick and professional. Thanks again!
- Daveespeut

Finalist - Maria Ink
Maria could not have been more creative and more cooperative.
- Anonymous

Finalist - Edgeof
Edgeof is a thoughtful, creative designer, and knowledgeable about completing book covers to the IngramSpark and Kindle Direct specifications. He knows how to communicate effectively and is not afraid to ask for what is needed to do the job. When I made errors, he was flexible enough to accommodate them even when I was embarrassed. His work was always timely. He never once fell behind the needed schedule.
- wayne.anson

Finalist - Horoscope
Did a great job and easy to work with!
- wallstreetwindow

Twelve Ways to Die in Galadore

This book is the first volume of a four volume collection of short stories introducing the fantasy world of Galadore. It is part of a fantasy world including a wide range of creatures, with stories told from the perspective of humans, dwarves, elves, sprites, and goblins.
It has a mostly dark tone and is largely tied together by the theme of death. Some of these deaths are horrific, some are tragedy, some are the result of bravery and some are well deserved.

There will be three other volumes coming within the next three to six months and I plan on working with the winner of this project for volumes 2, 3, and 4. I would like to have a cover that is easily identified as part of the group, but perhaps slightly unique from the others, whether it is unique in its colors or details.

Each short story introduces on aspect of a very large world.

The first, called Moon Lilies, features a boy who faces off with a strange sprite of the woods while searching for flowers for his love.

The second, The Long Fall From Darkness, features a dwarf facing his personal demons before coming to a dark and terrible end in the halls under the mountains.

And the third, The Serpent of Ennor, features a man who is being sacrificed to a sea serpent for the crime of performing magic.

(these details are not necessary or even desired on the cover, but I thought it better to include more to give each and all of you an idea of the work).

I'm looking for a unique way to package 4 volumes of short stories.

I prefer original artwork. I will not tolerate plagiarism or copyright infringement and report any such behavior to 99 designs.

Design a cover for a children's picture book (ages 4 and up)
$399
Aimed at children aged 4 and up and will be a picture book.
53
entries
15
designers
Help us Redesign an Amazon Best Seller!
US$ 299
Anyone who is experiencing joint pain and are looking for ways to minimize/eliminate joint pain and increase stability a
90
entries
19
diseñadores
Title the testosterone book it may help yours!
USD 399
Men who have symptoms and signs of low testosterone males
86
entries
19
designers
Create a Unique Cover for an Inspirational Book
$299
* Men & Women * English Speakers * Young Adult--Adults * Activists * Inspirational people
68
entries
21
designers
Book on Parkinson's Disease
$399
patients and patients' family members.
100
entries
31
designers
Design a professional and beautiful book cover
US$ 399
Parents (with kids 6-18 years old), children (11-18 years old), anyone who is myopic (near-sighted). Perhaps teachers an
153
entries
32
diseñadores