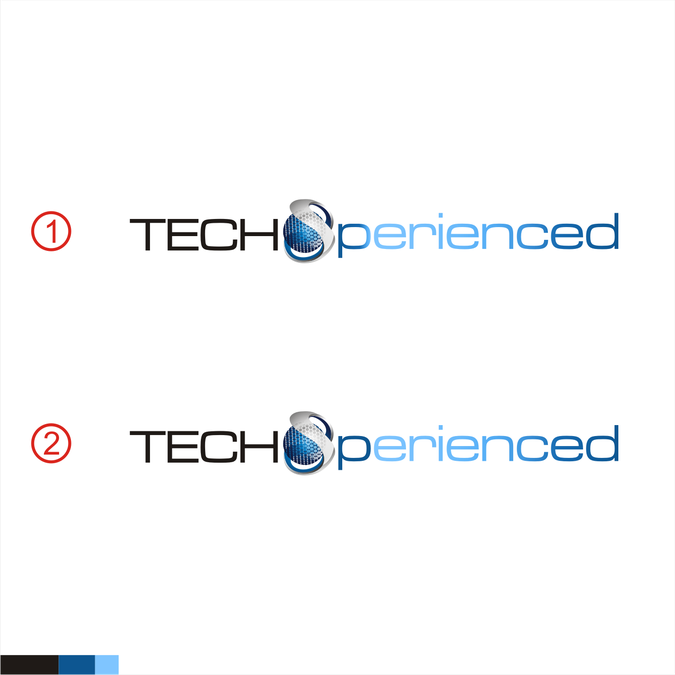 Bring some 3D artistry to the logo for TECHsperienced...

michaeljay1 needed a new logo design and created a contest on 99designs.

A winner was selected from 80 designs submitted by 12 freelance designers. 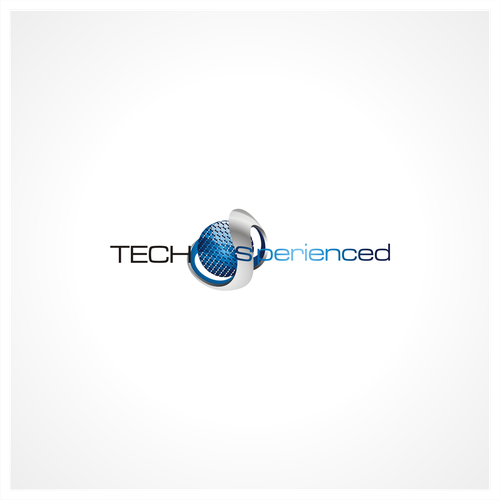 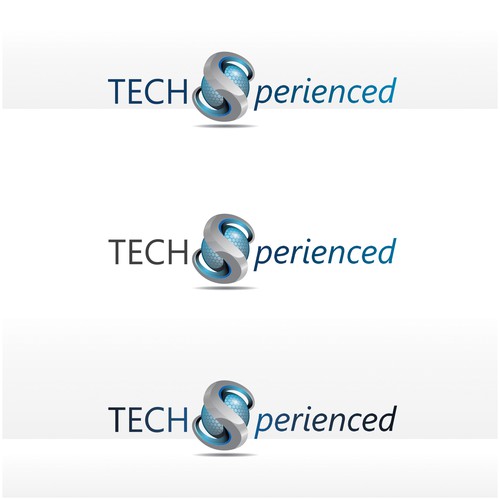 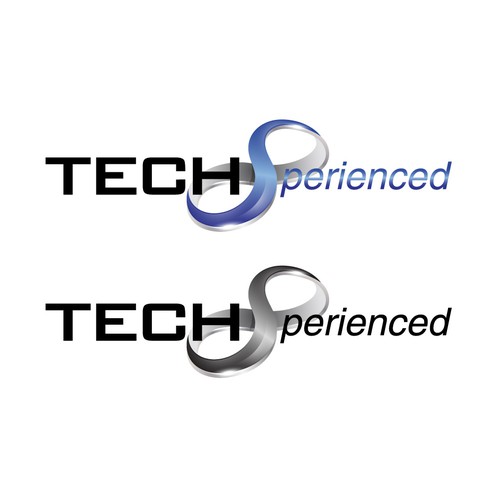 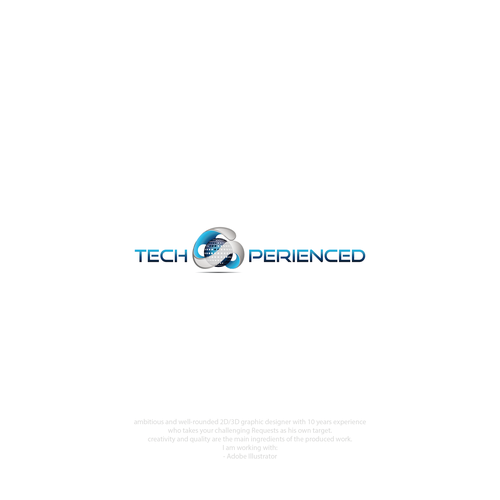 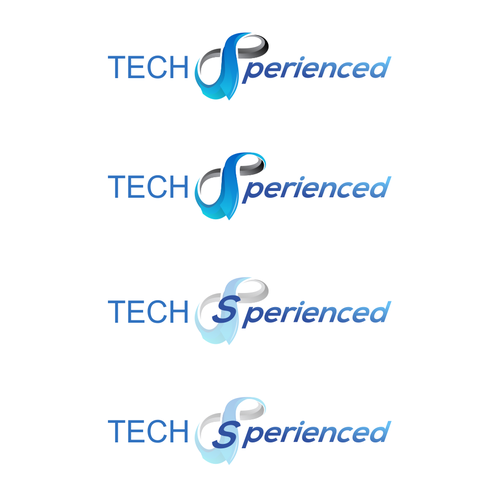 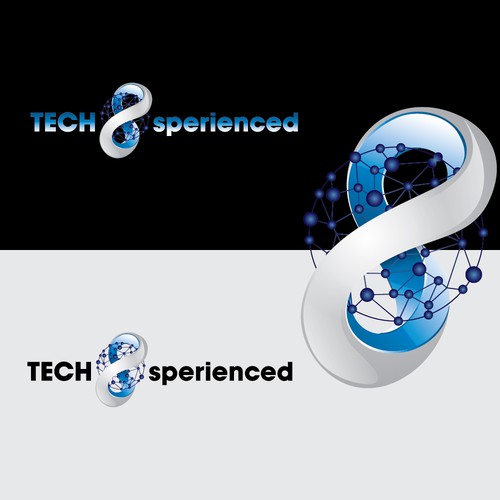 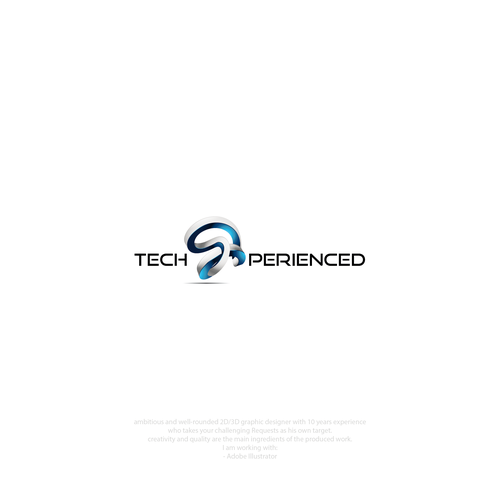 Winner - JDL's
Outstanding response and follow up. Very impressed with the work of this designer.
- maryDT

Finalist - heARTwork
I can't say enough good things about my experience with heARTwork. Very easy to work with, got what I was looking for right away and delivered work that better than I could have expected.
- Anonymous

I've uploaded a file with 4 examples of the colors and shading scheme I’d like to see used for the lettering. The idea is that a gradient should go for the full length of the ENTIRE NAME "TECH_perienced" - starting with the "T" and ending with the “d."

My intention in this contest is to get a great version of my mockup (as seen in the first several uploaded images) - NOT to get a different overall design. The other images are inlcuded only as examples of shading and graphic IDEAS as used in my mockup - NOT for the overall design. Please read the rest here.

Please refer to the images I have attached to this contest. But first: Please note that I'd rather have work put in to making my own concept look great, rather than have you submit many files with other, completely different ideas from mine. If you have some different concept that you feel would be great (and you want to put the effort into making it look finished), I'll give it careful consideration - but my primary goal is to put the work into getting prismatic, 3D effects in my central graphic idea (and elsewhere in the logo), and have it look solid and professional.

I'd be fine with the overall concept seen in my own versions: sans-serif typeface; the word "TECH" in large case, the rest in lower case; perhaps a gradient or other coloring which takes the word from dark-ish on the left (“TECH”) side to a bit lighter on the opposite, right side (if that shading would still be visible in a small version of the logo...), and/or a gradient from blue to grey or blue to green - but none of that coloring is a requirement.

The other main concept is to have the "S" near the center of the word/logo fly off to morph into an 3-D infinity symbol (or a Moebius strip, which is infinity with a twist..), which should be filled with a high-tech gradient of slightly prismatic color (pref. a single color or two-color scheme of blue to silver or grey, rather than a complete rainbow...), and which will need to fade so as to be able to go behind the other letters, leaving them visible (as seen in my mockups). Please be aware that, in my own mockups, I’ve made the “S” and its related infinity symbol a bit on the large side, in order to demonstrate the concept; although I do want to feature this "S" in this way, it is still crucial that the S and the overall word still be legible (in other words, we can't have it that the infinity element makes it unclear that the "S" is just part of a word, and that that word is "TECHsperienced."

Any other overall ideas are welcome, but I'd rather see effort put into making this my one mockup concept really look finished, high-tech and credible - as if it's a large, serious company that's been around for years. That said, I do not want to use a typeface or styles for the "TECH" letters (or any other part of the name) which uses cliche's of high -tech, or goes over the top in presenting a high-tech concept; I d lots with technology besides computers (including work with music and other creative arts), and I’d rather have thin, light lettering with an overall feel that communicates high-tech, than use anything obvious or trite.

I’ve also included several examples of infinity symbols, but also of other fonts and logo designs which use gradients and other stylistic shadings to create the kind of high-tech 3-D effects which I’d like to include somewhere within the TECHsperienced logo. This other artwork is by other artists and designers, and/or from other companies, and is included solely as a general guide for comparison of the ideas I am expressing.

Online Employee Scheduling software
€269
Shiftmanager is an online planning tool for employees that work in shifts. Think about people that work in restaurants /
44
entries
24
designers
website logo
299 US$
Review website for rental properties (houses, apartments, etc) - but we represent consumers, not property managers or la
167
entries
62
diseñadores
This game-changing tech startup needs a logo!
499 US$
PodTechs provide clients with the support they need to design and develop without worrying about the technical, tedious
166
entries
48
designers
Logo for new tool that helps entrepreneurs see clearly what needs doing today
£239
People who use CRMs to run their businesses spend a lot of time looking at "dashboards" each day. The hard part is figur
86
entries
35
designers
New Logo
USD 299
I am an independent consultant. I specialize in ecommerce, digital marketing and technology. My experience is in the Out
187
entries
55
designers
CloudKey Software Logo Design
$499
Computer Software
238
entries
49
designers

Get started now
Design a new, engaging logo for CryptoWeather.ai
CA$399
AI That Cuts Through the Crypto Market Noise of Guru’s, Insider’s and the Media Trade more confidently, amplify your pr
104
entries
21
designers
Design a logo for One Road outdoor products
299 US$
One road is a brand of products that are sold for outdoor use. Coolers, cups, chairs, flashlights, and even electric s
440
entries
123
designers
Design a logo for "Go-To-International"
399 $AU
At Go-To-International we specialise in helping startups in the Business to Business (B2B) technology space expand into
106
entries
33
designer graphistes
Design a badass new identity for Mayven
1.299 US$
Positioning Mayven is an ‘Engineering led, full-service digital agency’ (Note: the engineering piece here is important
259
entries
70
designers
Get to Work, Designers!
US$ 299
Laboratory Tech Company
73
entries
36
designers
logo for Auxilia (means Helping hand) that shows the world we are all about giving
499 US$
Auxilia (which means "Helping Hand" is a SaaS based company that is in the donor management software space. We will be
100
entries
24
designers