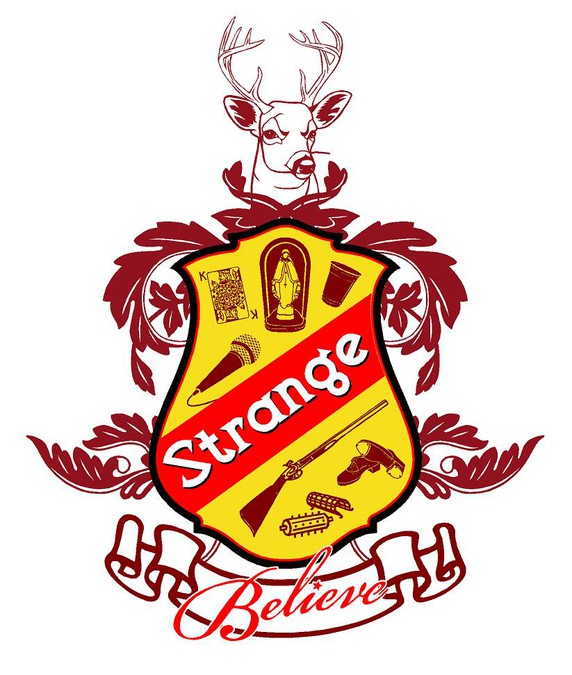 neeleykoester needed a new art or illustration design and created a contest on 99designs.

A winner was selected from 30 designs submitted by 17 freelance designers. 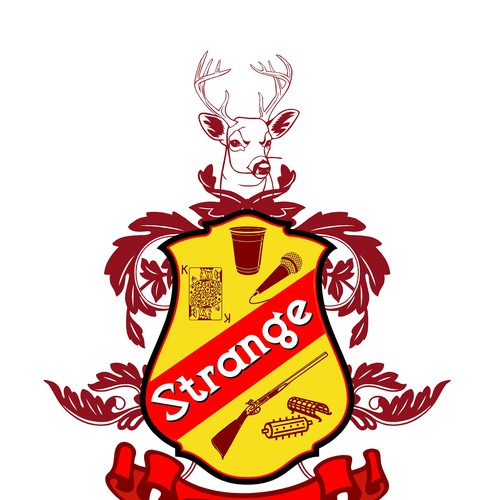 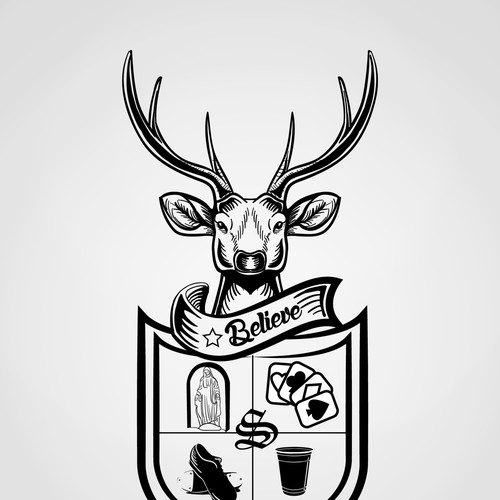 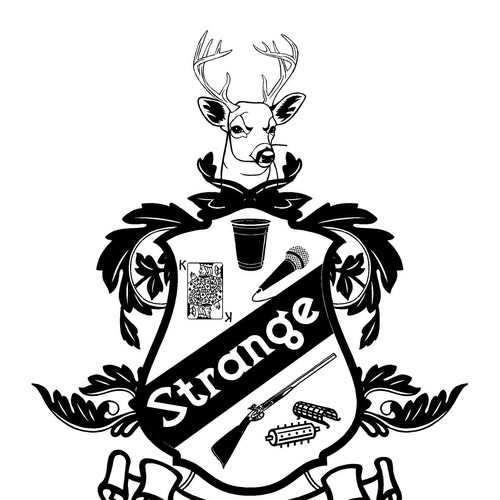 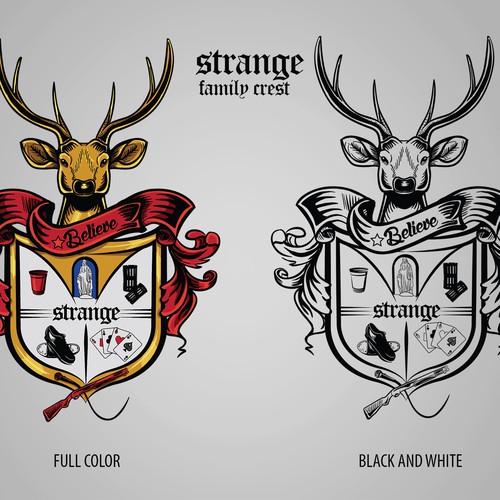 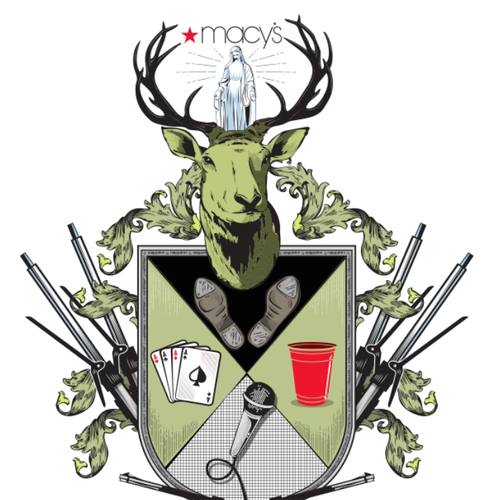 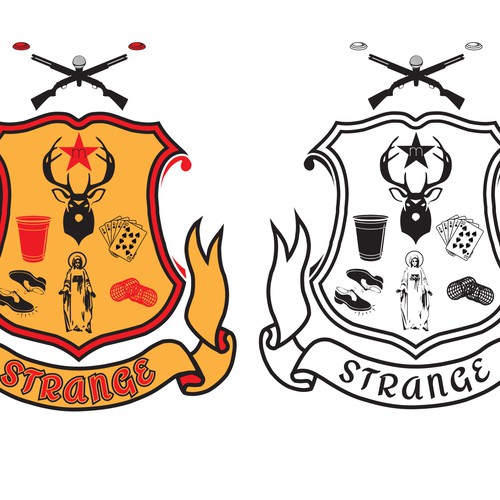 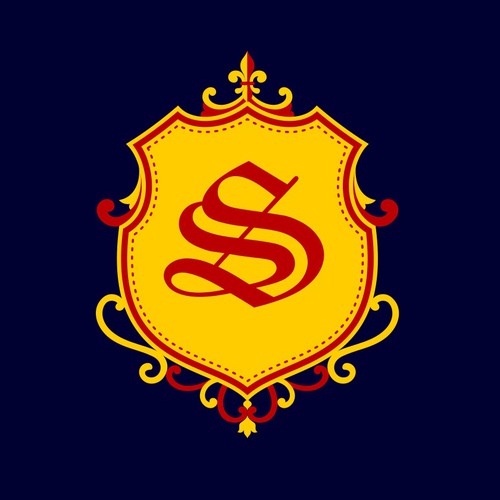 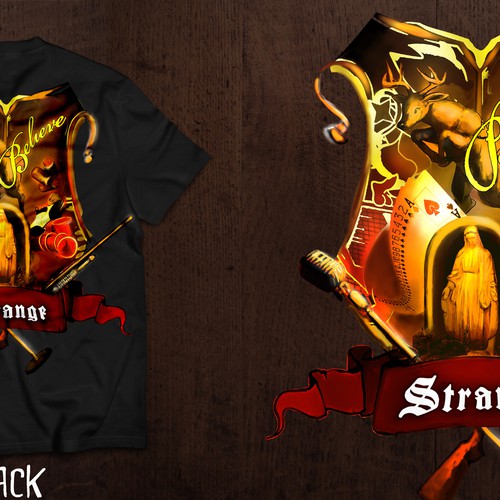 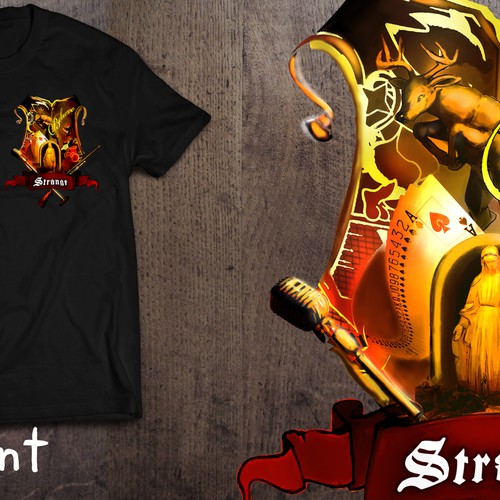 How neeleykoester started their other art or illustration journey

This is for personal use

I have a ginormous, awesome family and I wanted to surprise them by creating a new (improved) family crest. Like, the old-timey crests way back in the middle ages. Except we want ours to have some symbols within it that actually describe the family.

We'd like a shield-type family crest. Basically the outline of most crests.

The family name (try not to laugh too hard) is "Strange." Unfortunate, huh? So we would like either "Strange" or maybe a large "S". But "Strange" is funnier.

As for the colors, we were thinking red and gold with maybe some blue or black accents. You can really just play with those colors. It would be awesome if it was printable in black and white, but not essential.

The first two symbols we would like to keep toward the top of the crest, as they each represent my grandmother or grandfather.
A deer head- Grandfather
The Macy's logo- Grandmother (she freakin' LOVES Macy's. It's kind of a running joke.) Or the word "Believe" (A Macy's slogan she saw once that is also a running joke.)

as for the rest of the symbols, we have:
Playing cards
Tap shoes
A combo of a red solo cup, beer bottle and a wine bottle (or just a red solo cup)
Microphone
Shotgun (possibly crossed like and X on the shield with the microphone?) We aren't big hunters, the guys in the group shoot trap during family gatherings. I don't want the shotgun to look super threatening.
Bathtub Mary- I've attached a photo of this. Our family is mostly Catholic and some have had this insanely tacky display of Mother Mary in their yards.
Hair curlers- my grandmother is always on us about having our hair curled. :-/

As you can see, this is meant to be pretty comical. But also kind of look like it could be a real family crest. I hope you can have some fun with creating this!

We are on kind of a time crunch. I would love to have this design ASAP! Like, in the next couple of days.

Braided Cables
349 US$
4
entries
2
designers
Minecraft Artwork
US$349
Game server hosting for Minecraft
43
entries
15
designers
Build an original and fun concept for a high fashion company
EUR 2,199
strategy, sales and promotion of high contemporary fashion brands to the top stores worldwide. As the fashion world is o
59
entries
19
designers
Add realistic LED lighting effect to a Photoshop image
C$ 709
We produce and sell high brightness LEDs, LED assemblies and supporting components to companies, universities, R&D group
87
entries
29
designers
Update the outside of my house!
US$449
I am looking to update the exterior of my home. It is a 100 year old Tutor home. Have fun with this. We are looking fo
61
entries
9
designers
Carls Sales Slick
$500
Used as a sales slick
26
entries
8
designers

We saved a spot for your other art or illustration contest.

Get started now
DualCure Illustration
$349
We target manufacturers of equipment, trailer manufacturer's, etc. We also target steel painting contractors.
31
entries
13
designers
We like the style of "The Incredibles" for our Banner for Comic Con
$899
Our company handles insurance claims for car accident victims when an insurance company has or might deny their claim.
59
entries
18
designers
Design a chic living room mat for stylish moms
€ 789
We sell modern baby foam mats used to protect infants and toddlers, specifically made for chic and stylish moms from the
252
entries
30
designers
Phageborn TCG need a new card design!
US$1,399
Games Revolted is an indie game development studio based in Zagreb, Croatia. Our main project Phageborn TCG is getting
16
entries
7
designers
devDept Software office wall graphics
789 €
We manufacture an innovative 3D Graphics and CAD software component for the engineering industry. Our target audience is
198
entries
27
Designer
Design a custom illustration/design for Brochure/Envelope
CAD 469
We are an onboarding platform designed to welcome new residents and help them adapt to their community after they move i
7
entries
5
diseñadores
Learn more about art or illustration design
See how it works